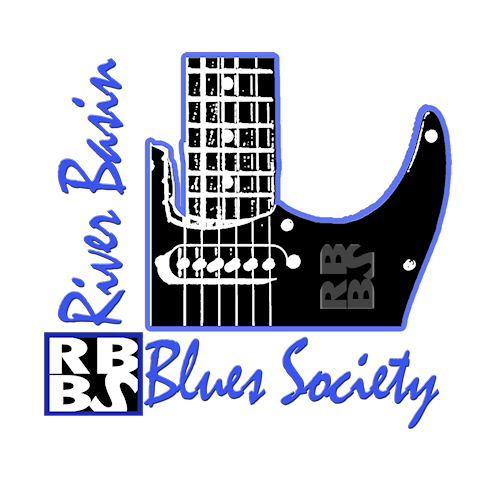 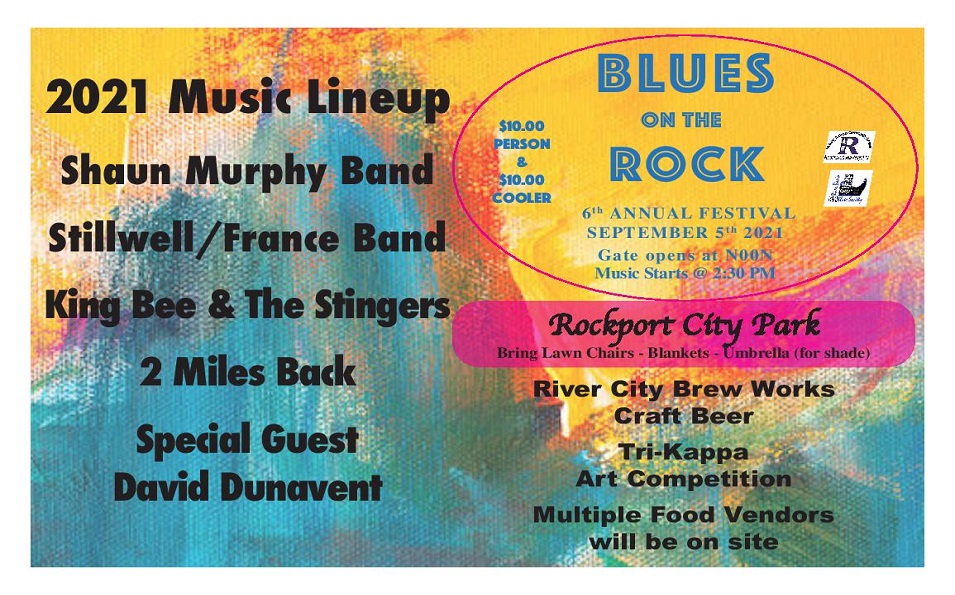 The 6th Annual Blues on the Rock Music Festival will take place on Sunday, September 5, 2021, at the Rockport City Park, in Rockport, Indiana. Gates open at 12 noon and the music will begin at 2:30 pm. Admission is $10.00 per person; those twelve and under get in free. There will be a $10.00 cooler charge. The Park is family friendly and so it the festival.

There will be various food trucks, River City Brew Works craft beer, arts and craft vendors and other non-profit booths. The annual Tri-Kappa Art Competition will also be held.

This year’s line-up brings back a celebration of the Blues experience which will showcase local and national acts.

The festival open with 2 Miles Back. A fixture at bars, clubs, and festivals across the tri-state, 2MB puts a decidedly bluesy spin on their tasty brand of southern rock, country jams and ballads. Charismatic singer Robin Bolin leads the charge with guitarist Lary Caddell, bassist Darrell Bolin and drummer Jim Perkins bringing the musical heat. Staying seated during a 2MB set is impossible.

This blues juggernaut came about from the mutual admiration and respect between Boscoe France and Tommy Stillwell. And now the two are firing one of the finest blues bands in the area.  The rhythm section in the Stillwell/France Blues Band is represented by two of the finest musicians to come out of the area.  Jon Rochner (bass) has played with many local bands and Jimmy Cummings (drums), a veteran of many Boscoe France incarnations, keeps the band on the strongest foundation possible.

After garnering monstrous support from both sides of the river and across several states, the band made it to the finals of the 2019 International Blues Challenge in Memphis.  They represented the Kentucky Blues Society.

King Bee and the Stingers have been finalists in both the 2018 and 2019 International Blues Challenge representing the South-Central Indiana Blues Society. Highlighting the band is vocalist Sarah Menefee, who croons the blues with a depth of emotion that belies her young years. DK “Guitar Wonderboy” Buchanan, in the band since its inception, brings electrifying lead guitar work. Jeff Shew plays bass, as well as adds his many talents as a seasoned songwriter, arranger, and producer. Paul Karaffa is a veteran of many local and national acts and holds down the drums with KBS. New additions to the group include Marv Druin on guitars and Mark Carnes on harmonica. The band’s founder, St. Louis bluesman Mark “King Bee” Menefee, who formed the band in 2006, has now taken on the role of manager.  But you can still hear him now and then on stage, playing harp with the band.

Shaun Murphy is the headliner for the 6th Annual Blues on the Rock Music Festival.  This year’s festival will feature songs from Shaun’s newest effort “Flame Still Burns” and her group will include Tommy Stillwell.

Some highlights of Shaun Murphy’s career:

David is a singer-songwriter from the heart of the Mississippi Delta. As a solo performer or part of the many groups he has led or played with, this hard-hitting musician will have you tapping your foot, laughing out loud and wanting more of his unique sound of both classics and originals. David Dunavent will be playing in between sets at the Blues on the Rock Music Festival

Come and enjoy the Blues on the Rock Music Festival and experience Hoosier Hospitality at its best! 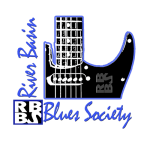 Want to help us out?

Donations of all sizes help to support the River Basin Blues Society. If you wish to make a donation, please donate through PayPal!

we want to
hear from you!